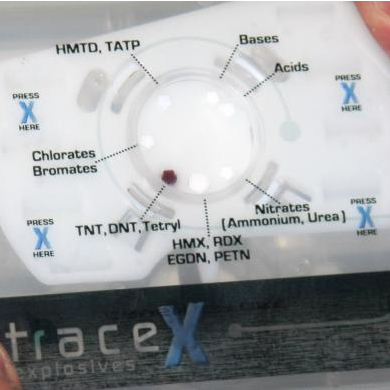 2 Each test can takes about 2 minutes; total time depends on number of tests run in series

3 For TraceX Explosive Kit, sampling site is protected by cover and user swabs with handle. For Wipes, user touches sampling site when swabbing, in some kits, reuse of dropper may introduce contamination. For Pens, user must avoid touching of pen.

*Store at room temperature. Short term excursions up to 50°C are acceptable